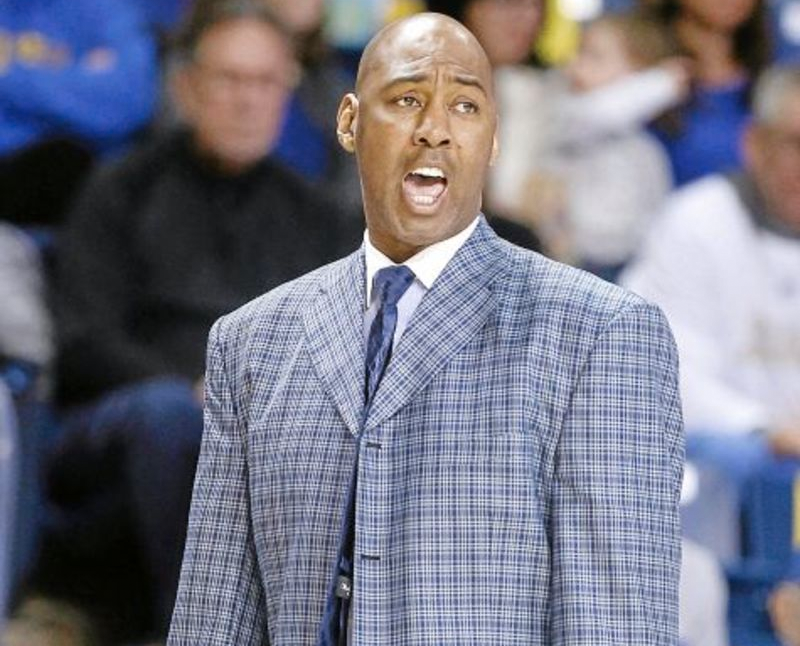 Basketball coaches are among the best-dressed people in the sports world.

During games, the great majority of college coaches — including the University of Tulsa’s Danny Manning — are attired in top-of-the-line suits, shirts, ties and shoes.

Manning admittedly is a clothes horse, but with a unique situation. At 6-foot-10, his sizes aren’t available at a mall.

“Clarence is a very good friend of mine,” said Manning, whose relationship with Jones began during Manning’s 1988-2003 career in the National Basketball Association. “He understands my personality. He knows what I like and what I don’t like.

“My look, I want it to be clean and traditional. A little spice, but not too much. I don’t want to jump too far outside of the box.”

Jones-designed suits are made by a tailor in Lafayette, Tenn. According to the American City Business Journals website, prices on Jones’ designs start at $1,250 for a suit and $150 for a shirt.

“No, he specializes in nice clothes,” Manning explained. “That’s why I go to him.”

Head coaches aren’t the only ones with a sense of style. When TU faces UCLA in an NCAA Tournament game on Friday night, you might notice that each Hurricane assistant coach and each member of Manning’s support staff is clad in a suit and tie.

“It comes down to the old cliché ‘dress for success,’ ” said Pitino, whose team captured the 2013 national championship. “It won’t alter the outcome of the game, but it does create the image of a significant business and it teaches the players how to create the look of success for themselves.”

Manning says he doesn’t know his jacket size, but everything fits because Jones has the measurements. Manning says the inseam on his pants measures at “38 or 40 inches.” He purchases shoes from a variety of sources.

“When I’m packing, I can’t afford to forget something. I can’t go on a road trip and lose my luggage, and then go to the gift shop and find clothes that fit.”