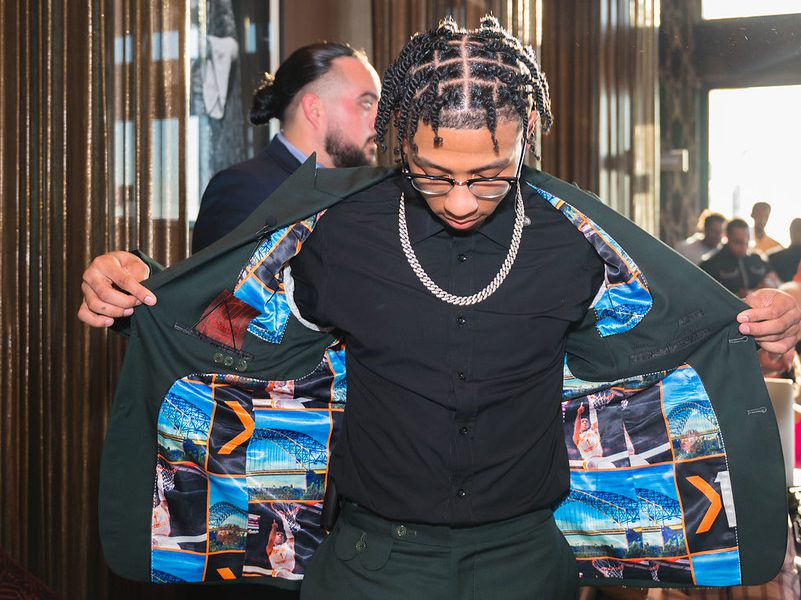 Kennedy Chandler’s suit included the University of Tennessee logo, which represented his collegiate school, and the Memphis bridge. The bridge highlighted the days when Chandler participated in AAU basketball, and the numerous occasions in which he crossed the bridge to play in basketball tournaments. (Photo: Larry Bland Jr. Photography)

Memphis-based clothes/suit designer Clarence Jones takes tremendous pride in the work he has completed since entering the styling industry in the early 1990s.

While doing business with celebrity clientele, including Steve Harvey, Cedric the Entertainer, Jones has become synonymous with styling athletes each year for the NBA and NFL drafts. 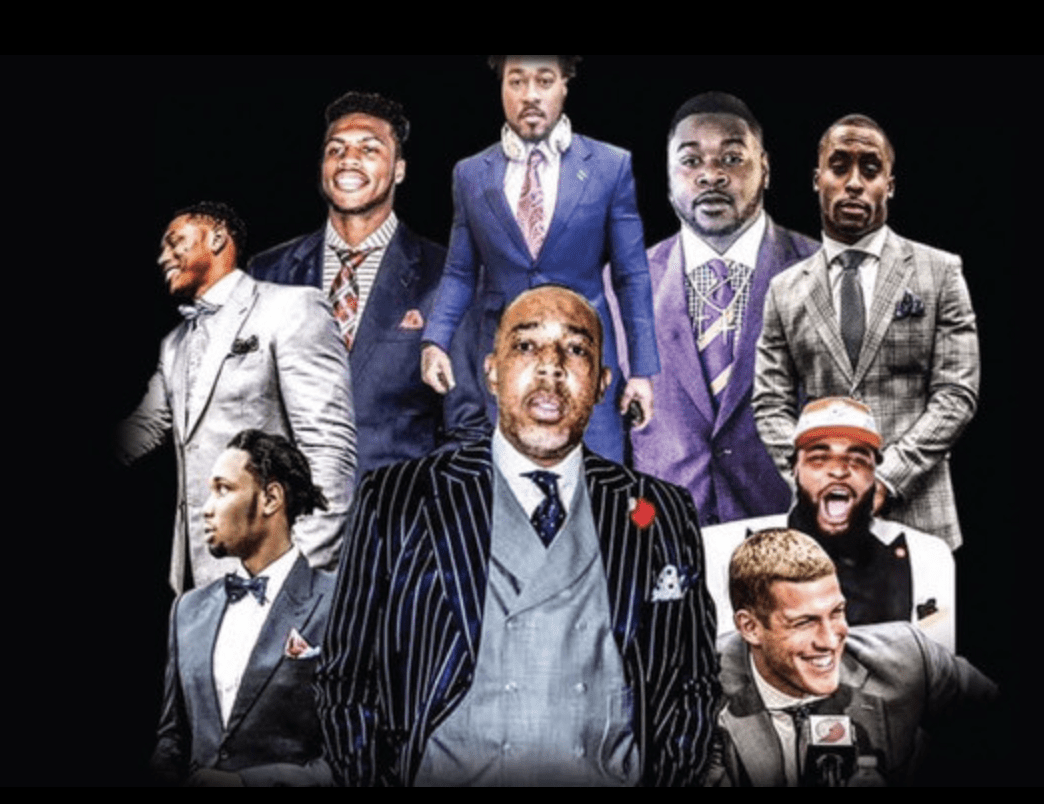 Clarence Jones and some of his fashionable works are reflected on this business card.

Originally from Chicago, Jones moved to Memphis in the early 1980s and graduated from Manassas High School.

From a youthful age, he made sure he was one of the best dressed students at his school.

“I was one of the finalists for best dressed at Manassas High School, but I didn’t win the award because there was a raffle and I was not really into the promoting part of it all,” Jones said with a laugh.

Jones transitioned into the clothing industry when he started making shirts for Hall of Fame point guard Tim Hardaway in the 1990s, and then the referrals started coming to him.

“Tim told me that the shirts I made for him were some of the most comfortable shirts that he had ever worn, and that catapulted me into obtaining other business opportunities.”

Other celebrities and athletes took notice of Jones’ work, and then began styling suits and clothes for NFL and NBA players.

As his clientele grew, Jones consistently thanked God for putting him in the right place to succeed in an always-changing industry.

Styling was not a venture he envisioned as his calling, but after being in the business for a long time, he remains grateful for the people who believed in his work and consistently referred him to others.

“The success that I have had in this industry is due to the blessings and people God has provided me,” Jones said.

The styles of suits have changed since Jones entered the styling business. Starting out, he observed that many preferred their suits to be bigger.

However, for Jones, however, it’s not just about who he styles suits for, it’s about the meaning behind them that possesses the most value. 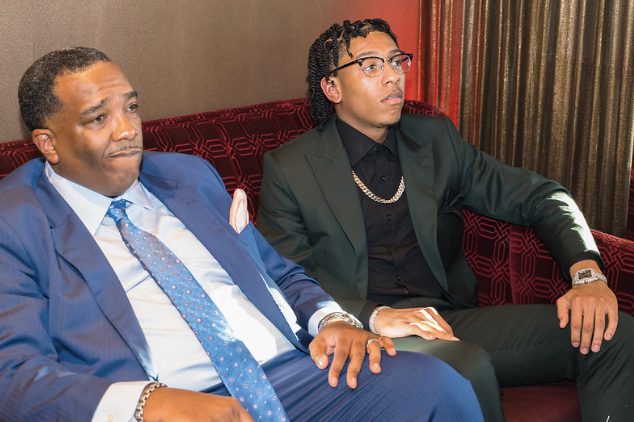 Kylan Chandler, the father of Kennedy, emphasized this as much when describing why he went with Jones when it came to getting the right suits for him and his son.

“I have known CJ for a long time and when it came time to make the decision of who we would go with when it came to styling our suits, it was a no-brainer to go with him,” the elder Chandler said. “I knew that he would be thorough and dependable when it came to getting the suits in on time, and that they would look great as well.”

Kennedy Chandler’s suit included the University of Tennessee logo, which represented his collegiate school, and the Memphis bridge.

The bridge highlighted the days when Chandler participated in AAU basketball, and the numerous occasions in which he crossed the bridge to play in basketball tournaments.

Throughout his time in the styling industry, Jones said he has been labeled as a “celebrity” or “athlete” designer.

While many of his clientele may fit that mold, he’s open to do business with anyone and will never turn someone away for not being “famous.”

“I take pride in every suit I design, and they all mean more than just another suit to me,” Jones said. “It makes me happy to know that people like the work I do, and I am grateful and blessed.”