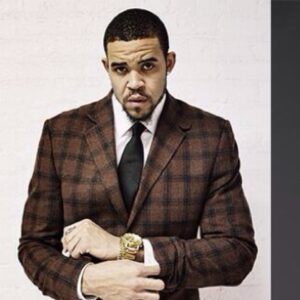 Outside of the NBA Finals, draft day is the league’s biggest party. People want to see what players will be selected and what team they will be headed to on draft day. But onlookersalso want to tune in to the NBA Draft to catch what the players are wearing.

But now people want to tune in to the NBA Draft to catch what the players are wearing. It’s about style nowadays for the young men who will be earning multi-million dollar paychecks on the basketball hardwood. The suits are now what the NBA Draft is all about.

Dressing for success can either make or break a potential draftee in the style department. This year isn’t any different. Custom-tailored suits will once again be the rage for this year’s class of NBA draftees as it was for the rookie crop at the NFL Draft. The fashion cops will be all over the place, lending critique on whether a three-piece, vested suit looks right on a particular player.

They’re going to judge the color tone of the outfit. Accessories are also a big deal of the wardrobe package, so the style police will have a say about that as well. The players getting drafted get about as much attention paid to what they’re wearing as to what NBA team they will likely be employed by. But the more attention paid to the outfits the players are wearing, the more attention it means for the designer.

He has made a splash the last several years in both the NBA and NFL drafts. Jones fitted stalwart defensive back and kick returner Patrick Peterson of the Arizona Cardinals (NFL Draft 2011 fifth overall pick) and 2012 NFL’s Defensive Rookie of the Year Vaughn Miller of the Denver Broncos (second overall pick) with eye-catching suits.

Jones has three potential top 15 picks as clients in this year’s NBA Draft. In all likelihood, Jones is expected to pick up several more clients from this year’s crop of rookies and free agents. His dress-to-kill client list for the draft is John Henson from North Carolina, Thomas Robinson of Kansas, Arnett Moultrie of Mississippi State and Syracuse’s Kris Joseph.

That’s not too bad for a guy who at one point had $150 left to his name and a one-way Greyhound bus ticket out of Dodge after a divorce from his ex-wife nearly left him broken in spirit and soul.

“I did try to make it work,” Jones said. “I left her with everything-house, cars. As a man, I just felt I could start over from scratch. It was very hard, so I started over, probably 14 years ago with $150, and a one-way ticket to Memphis. A lot of times when you’re going through a divorce there is a battle over property, money and things of that nature.

“I did not want to be the type of guy to be battling with a wife for property or anything of that nature, especially with two small kids. Something just told me, ‘Hey, you’re a man. You can start over.’ And so I just took the high road. I decided that I’ll bounce back. I’ll give her everything. It took some time to bounce back but I said, “I had enough faith in God that things were going to work out.’”

Jones was able to rebound after his nine-year marriage dissolved when he got in touch with a friend and customer who gave him $6,000 worth of business. That helped Jones move toward his current path of business success. Jones took that blessing as a sign to approach his profession in a different way.

But before he lost just about everything he had, Jones said he worked strictly for profit. In so many ways, it was all about the money. Today, Jones operates under a new mandate: building relationships. Instead of looking at how much he’ll get paid from selling his $1,450 suits in bulk volume, Jones is now more interested in forging a bond with the men he dresses.

That’s a lesson Jones said he learned from his late mother and grandmother.

“My mom and my grandmother were my biggest critics,” Jones said. “My mom would sit down with me and explain to me that when you do business with people, when you take money from them, you deliver a product. Build your business around more so about relationships than money. I didn’t listen a whole lot starting out in the clothing business because talking to other people in the business…business was all about making money.”

Jones, who grew up on Chicago’s South Side, credits his success to his faith in God.

“I put God first in my life,” Jones said. “I pray every morning. I thank him every day. Every morning I have a scripture I read Jeremiah verse seven through 11 ever morning. It goes, ‘Blessed is the man who trusts in the Lord whose hope is the Lord’s.’ I read that every morning. I keep it in mind, even when I’m going through things.”

In many ways, the journey of fitting and dressing professional athletes, especially during heightened television times such as the NBA and NFL drafts, is nothing short of a miraculous one for Jones. Professional agents usually dominate all aspects of the lives of their clients, including finding and paying for high-end clothing designers to dress the players.

Because he is a small business owner, Jones, it would seem, would have no chance at doing business with these athletes. Solid networking and word about his work being passed on from one athlete to another, however, has Jones in the mix with the big companies vying for the same services of these athletes. You might say Jones is David and those companies represent Goliath in Biblical terms. Jones has been able to breakthrough that inner circle by building on what his mother and grandmother told him about relationships. He got affirmation about that approach after his own spiritual awakening.

A former hoopster himself, Jones says there are several factors that key to the growth of his company. By being basketball player himself, he knows first-hand the difficulties of finding the right suit to fit an athletic frame. Secondly, Jones makes it a point to give his clients the ultimate customer service, including arriving on their doorsteps and delivering their suits in person, even if it means getting on a flight to do so.